In ancient Greece, patriarchy is an essential
component.
Women were confined in the gynaeceum,
playing the exclusive role of a lifetime loyal
housekeeper and having children,
except for the women of Crete and Sparta.

In the artwork, the two women’s leaning heads,
are a reference to Sappho the most liberal
exponent of women’s feelings.

In the course of time, the woman is liberated...
(symbolic figure on the right of Plato).
The fan becomes the secret code of messages
for feminine communication.

Plato, as far as the “Govern the woman”
is concerned, disagrees with the “in house”
exclusiveness of women.

IN THE "REPUBLIC", NOT ONLY DOES HE
DEFEND THEIR SOCIAL STATUS
BUT HE ALSO EQUATES THEM TOTALLY
WITH MEN.

In the same book, though, he writes in Timaeus:
“The man who fails to live righteously,
at the second birth he would pass
into a woman”. 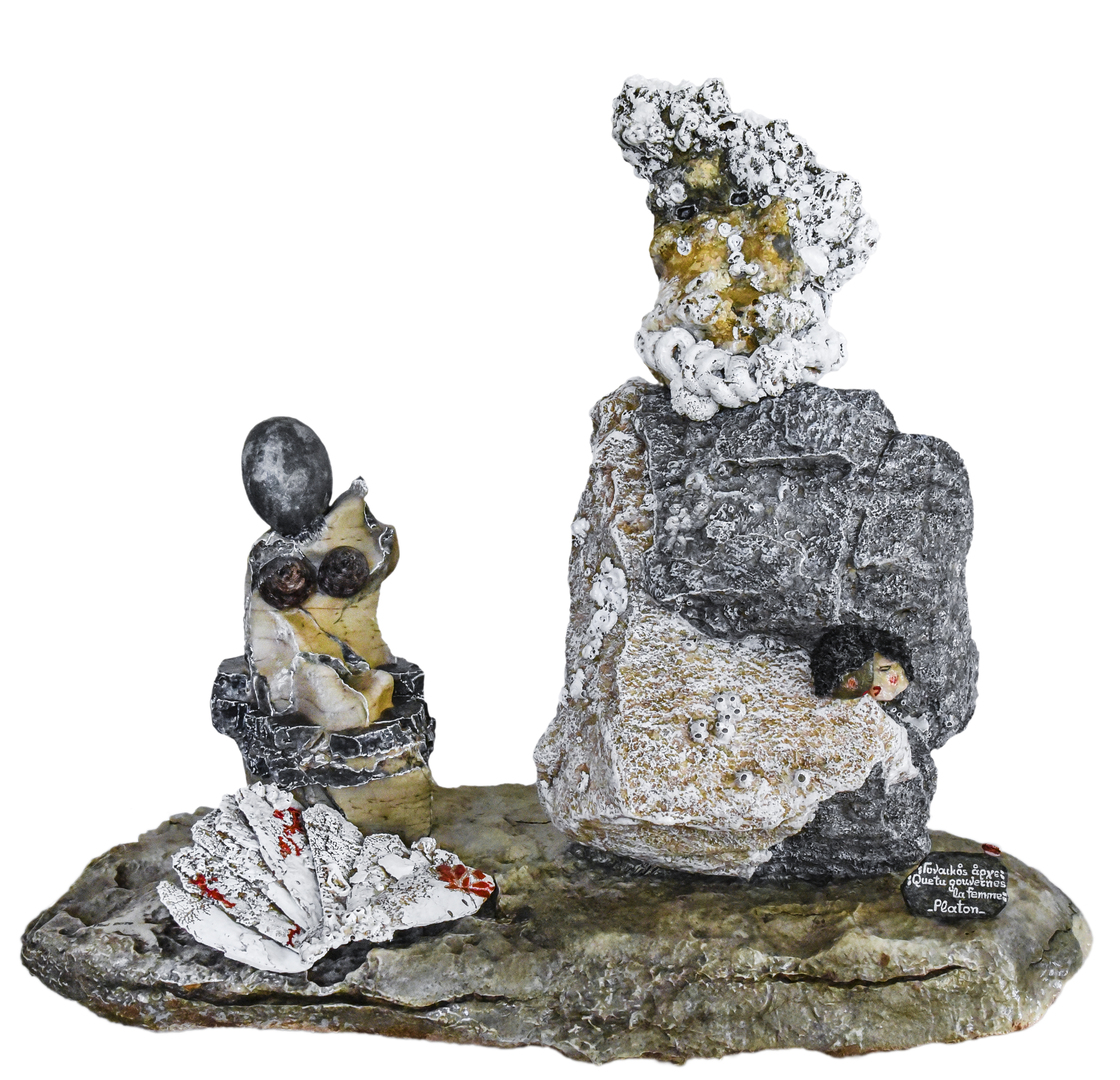