"AT TROY NOTHING…
JUST A PHANTOM IMAGE
AND FOR TEN WHOLE YEARS
WE SLAUGHTERED OURSELVES
FOR HELEN…
ALL FOR AN EMPTY TUNIC,
ALL FOR A HELEN…"

It is an antiwar message.
It is a Homeric deviation of Euripides.

A spectacular setting which becomes a vehicle
through which contemporary tragedy goes by.
It is a spontaneous mechanism of memory
that flies freely from the past to the present time
bringing man’s drama at war to surface.

HELEN, LIKE A SHADOW, AN ILLUSION
AND A GHOST, IS ABSENT.

She never embarked the “ship with the blue prow”.
The shield lying next to her resembles more
a rampart protecting her ignorance
than a weapon of war.

She is indifferent, dressed in royal purple and
bearing on her breasts, the euphoria of life
and the deceit of Paris.

The macabre sound of Troy and her tragic reality
are imprinted on her dress:

DEAD "FOR AN EMPTY TUNIC",
BEING VICTIMS
OF WARMONGER’S DECEPTION AND,
AT THE SAME TIME,
THE AXIOMATIC EVIDENCE
OF THE "ARCHETYPE" MYTH. 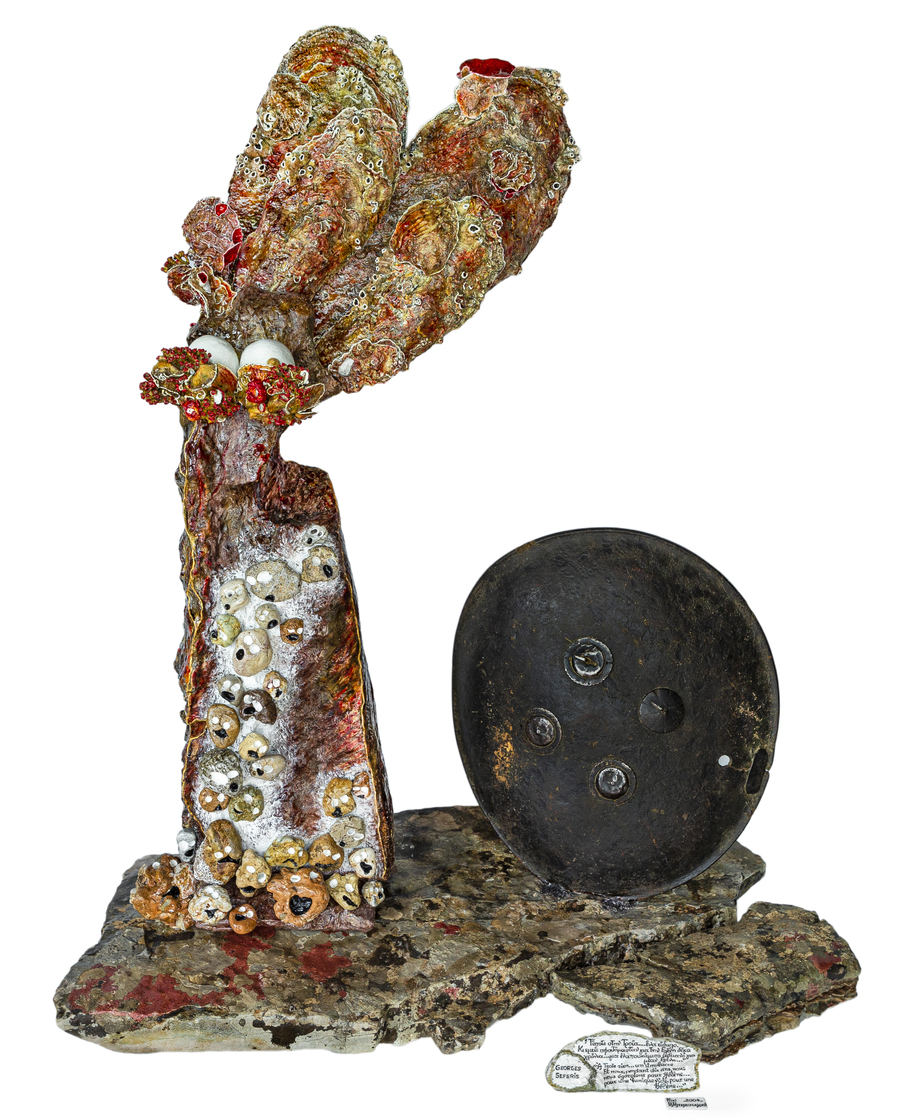 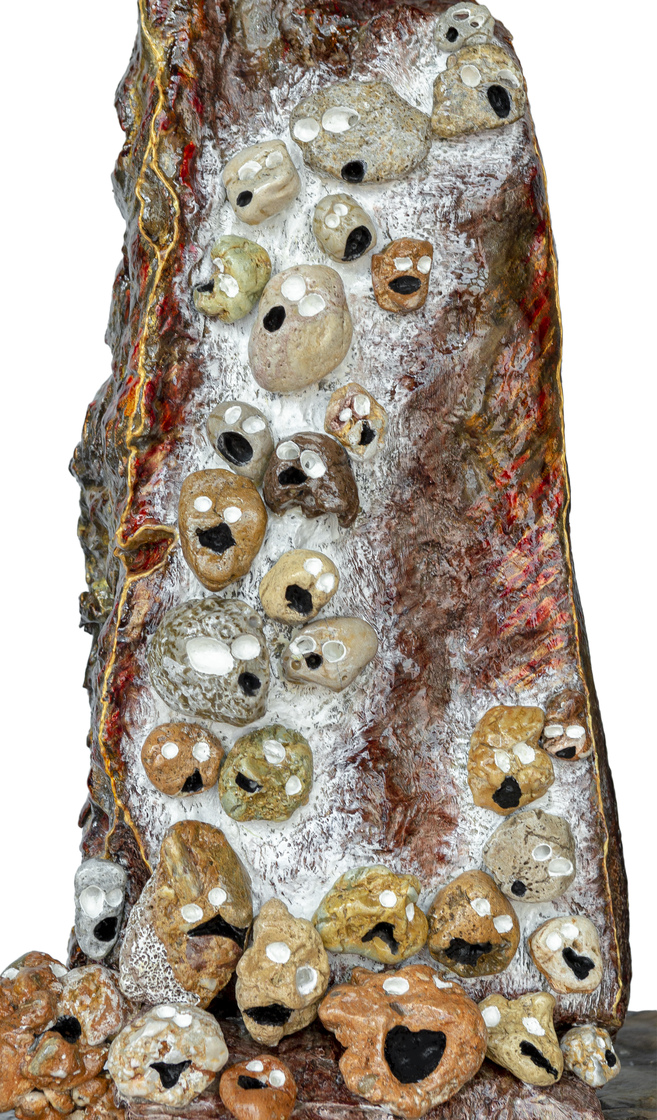 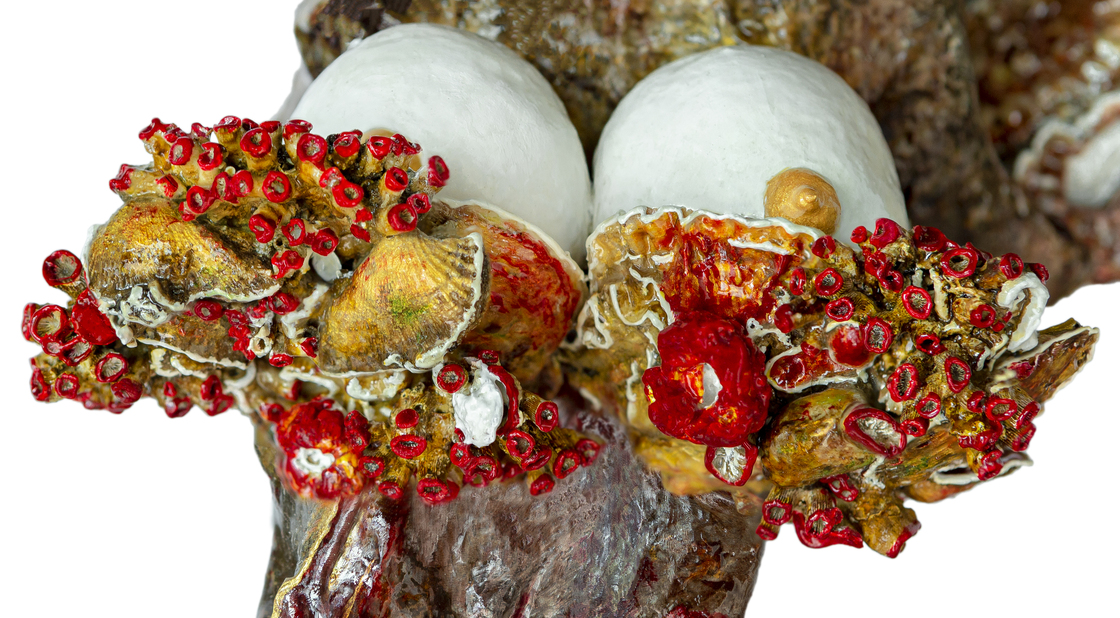